BREXIT and the ISPM 15 directive for wooden packaging: what about your exports from the EU to the UK?

After brexit, the ISPM 15 directive for wooden packaging also applies to exports from the EU to the UK. What do you need to do? 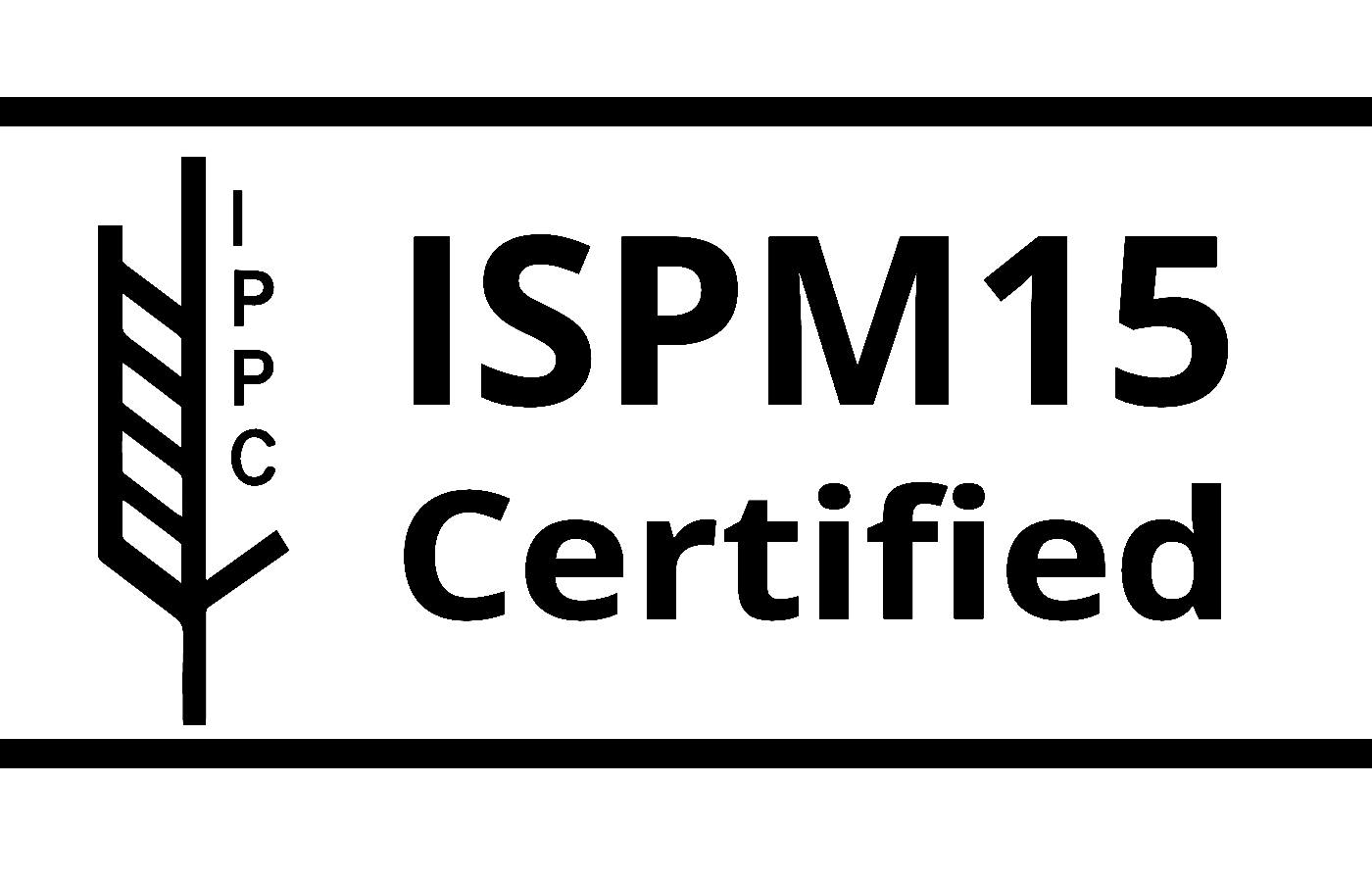 In order to prevent the worldwide spread of living harmful organisms through wooden packaging material, this material has to comply with the International Phytosanitary Measure 15 - or ISPM 15 for short. Wood used for packing cargo for international transport, or for stowing (securing) the cargo, for example in containers, must be phytosanitary treated and marked. This prevents harmful organisms, such as bugs and beetles, from hitching a ride on pallets, crates or dunnage.

What does Brexit change about ISPM 15, and what does this mean for me?

For trade with countries outside the European Union, ISPM 15 is in force.  As a result of the Brexit the UK is no longer part of the EU. So as from 01/01/2021, packing wood and dunnage used in trade between EU countries and the UK must be in accordance with ISPM15. And so be marked with the IPPC mark that confirms this.

If your cargo in wooden packaging does not comply with ISPM 15, it can be blocked and even returned during inspection by customs. With delays and extra costs for you.

What should you do to prevent blocking by customs due to ISPM 15?

Make sure that your wooden packaging, pallets and dunnage are ISPM 15 compliant. And that this is clearly and correctly indicated on the packaging (by the IPPC mark with the identification of the license holder). You can complement this with an ISPM 15 certificate that you attach to the shipping documents.

What can DEUFOL do for you?

As an international packaging company, DEUFOL is ISPM 15 certified. All Deufol sites that pack goods for export, in Belgium and worldwide, have an ISPM 15 permit with the accompanying internationally known permit number. We place this on all the wooden packaging we produce.

The ISPM 15 licence numbers for Deufol in Belgium and France: 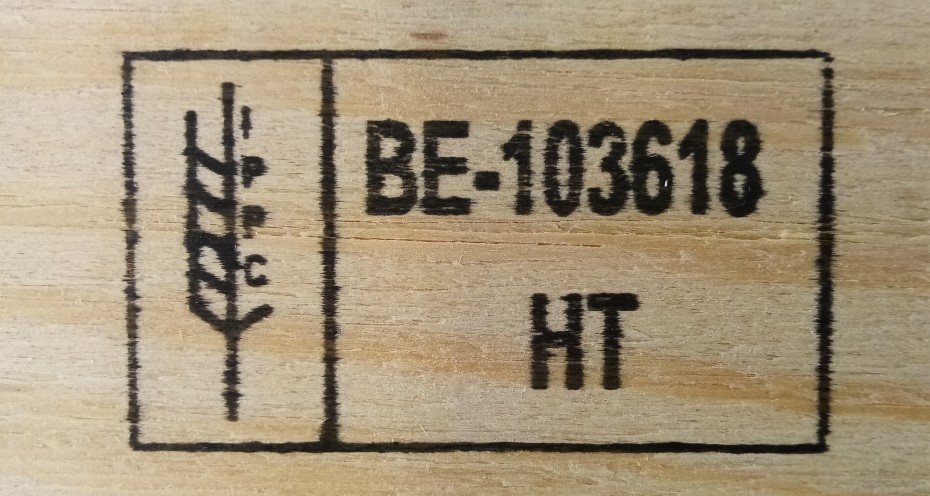 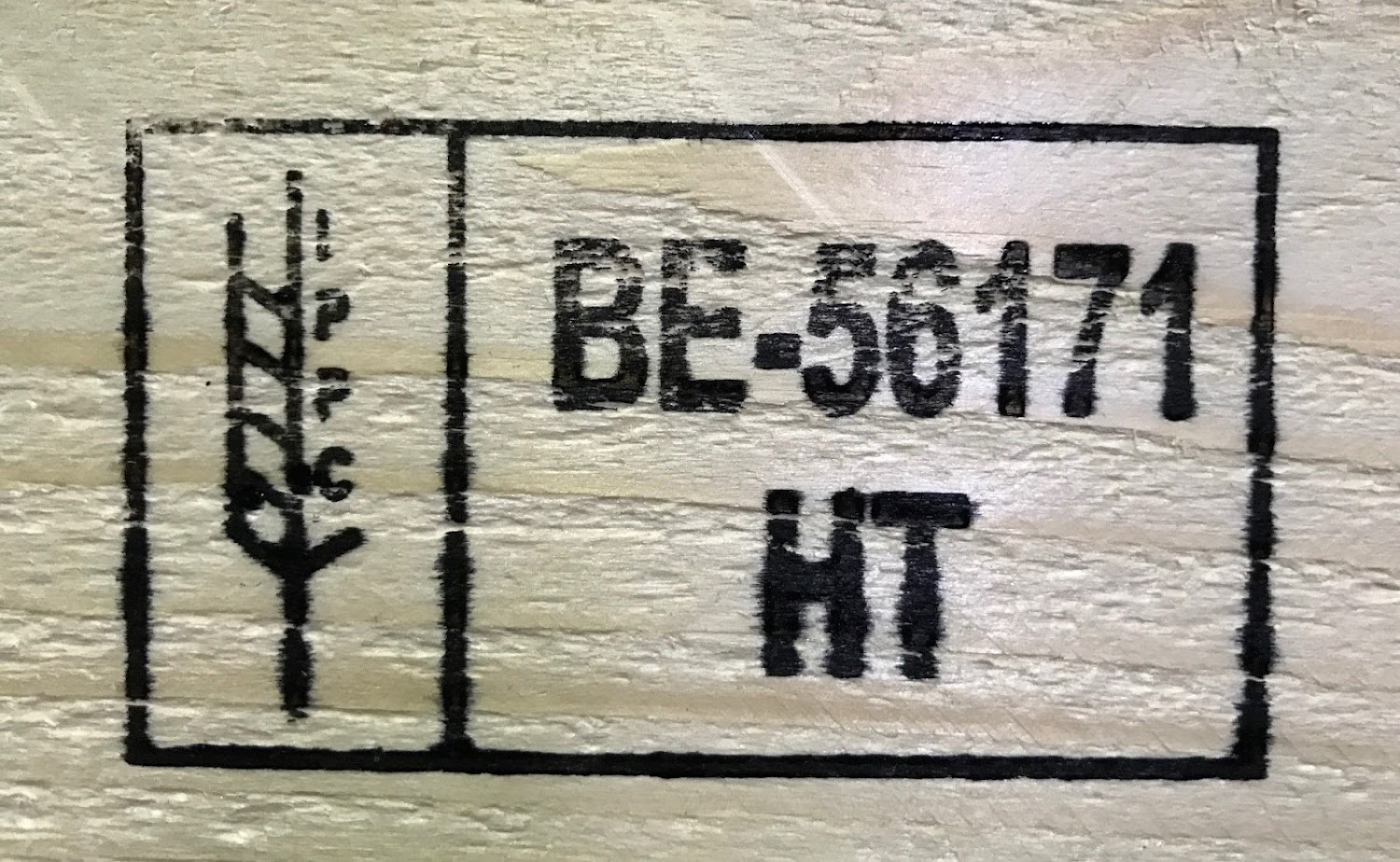 This way we do not only ensure the perfect packaging for your product. We also work to prevent it from being blocked during a customs inspection for ISPM 15.

Customs controls can sometimes be unexpected and incomprehensibly strict. For customers who want even more security, Deufol has created the ConPLY packaging range. 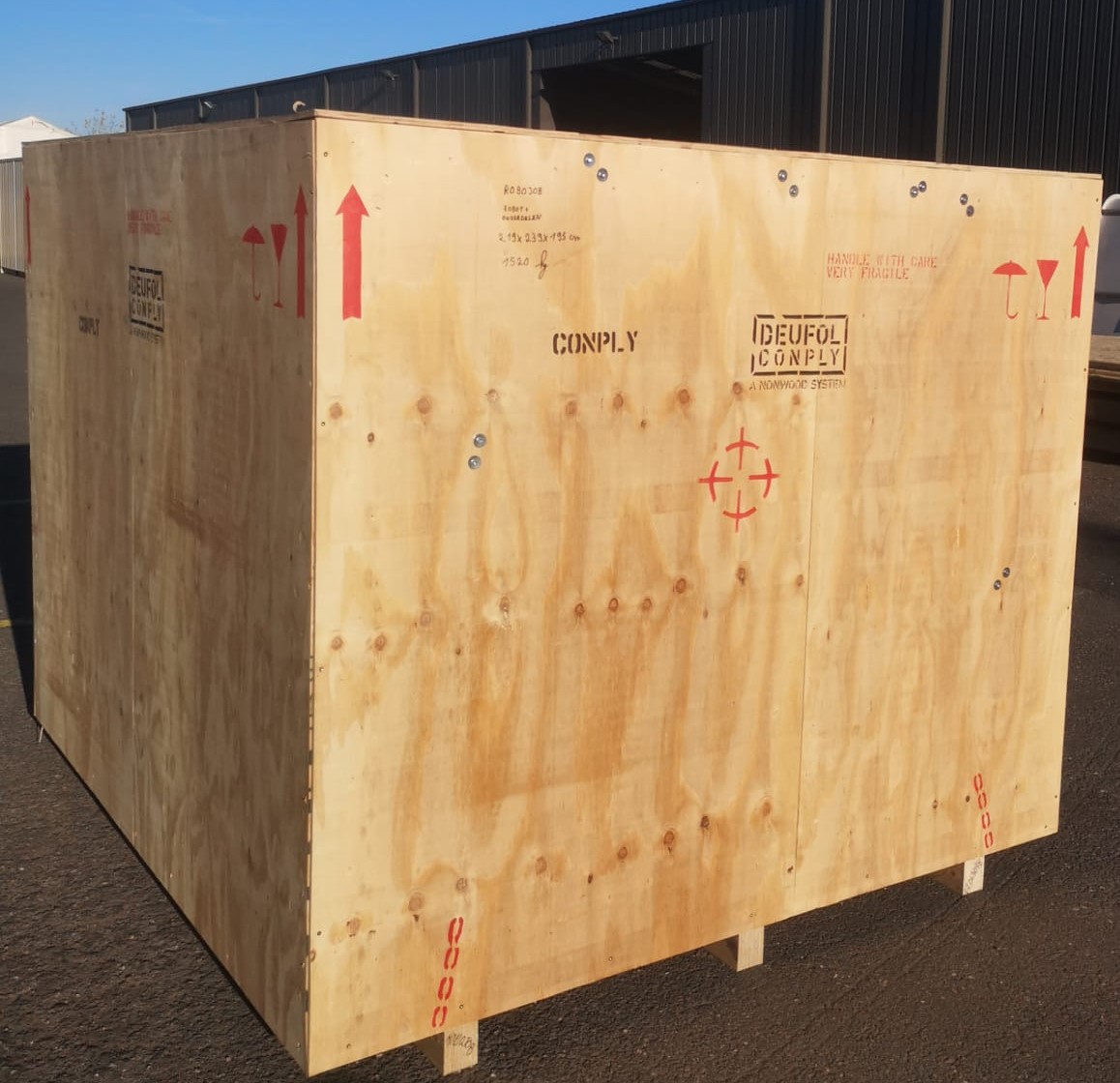 Want to know more about ISPM 15 and its importance for your export?

DEUFOL and the Agoria Solar Team: sponsorship prolonged and enhanced!

DEUFOL is proud sponsor of the Agoria Solar team since 2017. A team of engineering students who race and win prizes all over the world with a solar car they designed and built themselves! We extend our commitment until the end of 2024. And we are expanding our sponsorship. So that the team can travel around the world in a professional manner.

Challenges in packaging and supply chain of industrial goods?

Come and talk to us about the challenges and problems in your packaging & supply chain. Visit DEUFOL at the BREAKBULK EUROPE fair, dedicated to breakbulk, project cargo, RoRo, heavy lift and maritime logistics.

Getting your goods at destination undamaged is important. For large and heavy goods, that do not fit into standardized sea containers or trucks (sometimes also reffered to as breakbulk shipments), it can be a challenge. Check out our 8 tips for shipping large and heavy goods here.

In need of packaging or storage? Deufol remains at your service during the year-end period!

We all need reliable logistics and packaging. All year round. Deufol is at your service. Also during the end-of-year period! Find the Deufol teams in Belgium here. Their address, contact details and opening hours.

How do you pack and ship your industrial goods? For them to arrive at their destination smoothly and undamaged ? Ask the DEUFOL experts!

Deufol builds an additional warehouse in the port of Antwerp.

And we're off! The construction of the additional warehouse on the site of Deufol Port of Antwerp has started! We are building a new warehouse for the storage and packaging of industrial (break-bulk) cargo. With this extension we are increasing our capacity with an extra warehouse of 5,460 m2. A next step in the expansion of Deufol Port of Antwerp, a maritime HUB for consolidation, storage and packaging of industrial goods!

For the third time in a row, Deufol is sponsor of the Belgian Agoria Solar Team. It's a team of engineering students taking on the challenge to design and produce a 100% solar-powered racing car to take part in international races worldwide. Deufol sponsors by providing the correct transport packaging for the car and all its accessories, as well as the documentation for the transport of the dangerous goods.

Check out: Our case study on industrial packaging: an ISPM15 compliant wooden export crate for sea transport, with extra insulation and integrated electric heating. To ensure frost-free transport for breakbulk cargo. To Siberia. In wintertime!

One of the heaviest projects ever for DEUFOL. The transport of a 251-ton compressor from Siemens that had to be carried out in one piece. From the packaging phase to the transport, find out here how our specialists handled this project!

Congratulations to all colleagues of Deufol Lier, Deufol Port of Antwerp and Deufol Brussels Airport! They passed the audits for the renewal of the SCC certificate with flying colours. Confirmation that Deufol colleagues at the sites of Deufol Lier, Port of Antwerp and Brussels Airport are working in a safe and well organized way. And that the Deufol mobile teams who come to pack at your site do so safely.

Deufol Port Antwerp moved to its new location at Kaai 414 on the Churchill dock in 2020. Deufol is developing this site into a high-performance and versatile HUB for industrial export packaging and logistics.

The Deufol mobile packaging teams work on all kinds of sites and at all kinds of workplaces. Managing tools on site, storing them properly and safely, finding them easily, not losing them... In order to work smoothly and safely. For our customers. For you! That is a challenge! We are now improving it. With the new Deufol mobile tool trolley.

A full fleet of 17 heavy machines, with corresponding peripheral equipment and infrastructure. To be relocated from a factory in Belgium to China. Urgently. That was the challenge our client contacted us for. Read here how Deufol approached it.

The DEUFOL Group is expanding into Poland, Gdańsk. From spring 2021, we will offer our Packaging & Supply Chain services from this new location. Take a look and find out what we can do for your company!

How to choose the correct Industrial Packaging for your product?

Avoid customs blocking your goods due to ISPM 15. With Deufol ConPLY.

Pack your export cargo with the DEUFOL ConPLY packaging. An export packaging made of high-quality material and not classified as solid wood. In this way you avoid problems with customs controls based on the ISPM 15 directive.

Deufol Port of Antwerp moves to a new location in the port of Antwerp: From 1 June 2020 we will serve you from Churchilldock South, quay 414. At this new site, in the centre of the Breakbulk area in the port, we offer you the full range of Deufol Industrial Packaging and Supply Chain services. To take your Supply Chain to the next level! The 40,000 m² multimodal connected site (Water - Rail - Road) with a 9,000 m2 warehouse is AEO certified.

Is COVID-19 disrupting your logistics? Do you need (temporary) extra storage for your goods. Do you need logistical support such as storage, stock management, packing and shipping of your products? Deufol can help. In Belgium and worldwide.

Over the past 3 weeks, Deufol Waremme distributed more than 20,000 m3 of health products from our EDC to hospitals and pharmacies. A record! THANK YOU to our colleagues who, despite these difficult times, continue to give the best of themselves to guarantee on-time deliveries. Proud that DEUFOL is part of the supply chain to fight the Coronavirus!

Deufol moves a high-tech production line from Belgium to the US.

For a customer in the measuring equipment industry, Deufol recently moved a production line from Belgium to the USA. This move was a "turnkey project". The production line had to be delivered to the new location in perfect working order. We took care of everything: Disassembly - Packaging - Transport & Customs - Unpacking and Assembly. Industrial relocation: A Deufol expertise.

DEUFOL starts in 2020 in Benelux & France with a DEUFOL SUPPLY CHAIN SOLUTIONS TEAM. We train our colleagues so that they are (better) equipped to assist you in analyzing and improving your logistics management. Because DEUFOL is all about a complete packaging and logistics service tailored to your needs!

Deufol Saint-Nabord: Inauguration of the warehouse expansion. More than one hectare dedicated to medical devices!

In Saint-Nabord Deufol has expanded its warehouse - the French distribution center for Lohmann & Rauscher - with 3000 m2. A good reason to organize a party!

How to design the most suitable export packaging? That is custom work: - Tailored to the transport route: Sea, Air, road? - Tailored to the product: Heavy or light? Big or small? Fragile or robust? Corrosion, temperature or shock sensitive? ... This is what DEUFOL colleagues around the world learn in the DEUFOL BOX ENGINEERING WORKSHOPS. Like today in Belgium.

On the 31st of July, our Deufol Lier and Deufol Port of Antwerp sites received their renewed VCA certificate - after flawless audits! So you can continue to count on our mobile teams, who will deliver safe and qualitative packaging work to you. Want to know more? Contact us via belgium@deufol.com!

The Punch II visits Deufol. Yesterday, the Punch Powertrain Solar Team visited Sponsor Deufol. The ‘Punch II’ racecar (3rd in BRIDGESTONE WORLD SOLAR CHALLENGE 2017!) was presented to the Deufol-staff at our Lier site. In October, Punch II will participate in the CARRERA SOLAR ATACAMA in Chile, the hardest solar car race in the world. Deufol will again provide ‘top notch’ packaging for the ‘top notch’ car and materials. So it gets safely to Chile. Hopefully Punch II will bring home a medal! Thumbs up!

Deufol strives for economic profitability with respect for people and environment. Because we are responsible for the future generations!

Interview with Deufol in the Supply Chain attachment to Trends of 21 June.

A customer who hands over his goods must be able to sleep on both ears. We offer this guarantee. "This is what Ralph Mertens, business development manager at the packaging multinational Deufol, is saying.

Importing goods makes it easy to market your products to your business. Goods receipt, customs clearance, quality checks, (re-) packaging & (re) labeling, storage & shipping to your customers ... it is crucial to do it timely, efficiently and safely.

Digital competence, not only as a buzzword or promise, but consistently conceived, developed and programmed and ultimately made available as apps in our own cloud. This is our Deufol Data Connect system that allows you to map your daily business processes digitally and transparently along your value chain.

Deufol makes safe packaging for the Siemens racecar on its way to Las Vegas.

By using our expertise, it is clear that Siemens does not want to gamble before arriving in Las Vegas! Deufol wants to thank Siemens for its confidence!

The solarcar of the Punch Powertrain Solar Team is ready for shipment!

Deufol Lier not only provided a tailor-made box for transporting the Solarauto, equipment and spare parts, but also ensured that the high-tech batteries can be shipped. With his long experience in the processing, packaging and documentation flows for dangerous goods, Deufol was able to secure the safe shipping of the batteries (which are classified as dangerous goods) by sea and air.

WE FOCUS ON PACKAGING + SUPPLY CHAIN LIMITS AND REMOVE THEM!